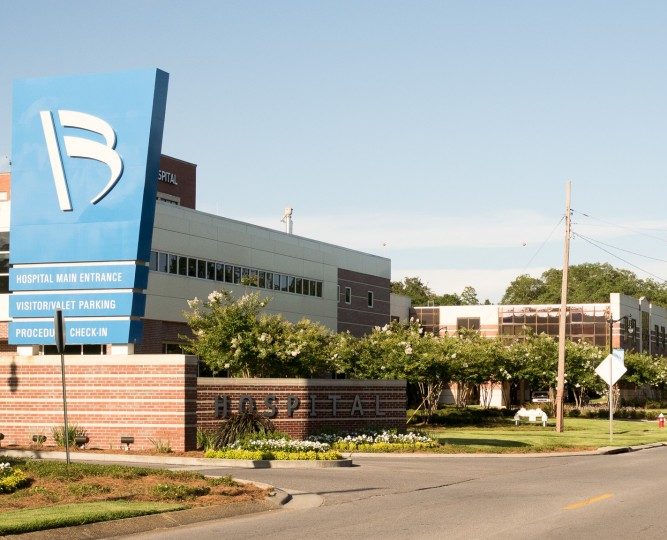 It could just be an office building.

But indications are that Baptist Health Care would like the redevelopment project it is considering at its Moreno and E streets headquarters to be more.

The hospital’s project, which is in the preliminary planning phase, is being thought of as catalyst for injecting new economic and social life into a neighborhood that needs both.

It got a boost this week when the Pensacola Community Redevelopment Agency — which is the City Council — approved by 6-2 vote giving Baptist $25,000 to continue strategic planning for the project. Agenda materials for the project are here.

Three-quarters of the funding for this second phase of the project — $150,000— is coming from the hospital and Escambia County. The CRA’s portion of the funding comes from a tax increment financing (TIF) district meant to battle blight on the westside.

Another $25,000 for planning for the project was paid from the professional services budget in the mayor’s office said City Administrator Eric Olson.

Richard Martz, partner in Live Work Learn Play Inc., the company working with Baptist on the project, told CRA members Monday it would focus on including features that help people live healthier lives and could catalyze neighborhood activity.

“If all the hospital wanted was another professional office building, they could just build that,” Martz said. “This is the opportunity to take that investment and make a better investment than just another building.”

Councilwoman Jewel Cannada-Wynn spoke passionately in support of the project.

A ’catalyst for change’

Live Work Learn Play is a Canadian company hired by Baptist to provide development strategies for the project that could build the two block area south of Moreno Street into a space anchored by an office building and supplemented with retail businesses that make sense for both Baptist and the neighborhood.

“(The company is) nationally recognized for its work in mixed use developments, particularly revitalization of community assets and place making,” said Brett Aldridge, corporate director of business development and strategic partnerships for Baptist Health Care. “They have experience in our area in Destin and Tallahassee and they are a proven international leader in implementing viable mixed use neighborhood solutions.”

“Baptist campus covers two CRAs, county and city and this is a public private partnership that fits perfectly within the CRA,” Olson said.

Martz said the first phase of assessment analyzed the neighborhood, identified possible target markets for retail that could be built into the project, including cafes, fitness, a florist and occupational retail.

Phase two, Aldridge said, will be a detailed analysis on multiple levels to include a proposed physical articulation, an economic feasibility study, a master plan and a financial pro forma.

It will include planning for future uses and interim land uses if the project is developed in phases.

The idea is to create a well-lit, walkable, bikeable space that includes businesses that would cater to the obvious market of Baptist employees and visitors, and that the neighborhood would support as well.

“Engaging with two government entities is not the easiest way to go for a project,” Martz said. “To be able to secure funds from the state in the future, you need to be sure that the city and the county and Baptist are locked arm in arm from the very beginning.

“It’s easy to believe that because (Baptist) have been around for so long, that they have all the money in the world,” Martz said. “That is certainly not the case. It is a very difficult project to make work financially.”

That is why they are looking to public sector for development opportunities, particularly when it comes to infrastructure such as bike racks, sidewalks, roads and the like.

Aldridge said that because the project is in the early stages some details — the price tag of the project, the timeline for the completion of this second phase of planning, what professional offices or services would be in the new office building — are not available.

He said the hospital wanted to be “purposeful and collaborative with the City and County in discussing our potential needs, as well as the needs of our surrounding community.”

Health and Hope Clinic, a community health care clinic for those without healh insurance, uses a building that is in the area roughly outlined for the project.

Aldridge said depending on the outcome of this planning, “there may be no need to vacate this location. However, Baptist Health Care is aware of the continued physical needs of the Health and Hope Clinic.”

“We remain in the exploratory phase of an effort to examine revitalization efforts in North Hill and surrounding areas,” Aldridge said. “As the City and County have been successful in efforts to revitalize downtown and other areas of our community, we have engaged in dialogue about this key historical part of Pensacola and its future.”

Aldridge said the idea of developing the site in phases leaves open the possibility of using the vacant parcels in some community or recreational capacity until they are built out.

“Ultimately, as part of the phased effort, we are evaluating community and recreational uses and this is one of the key reasons we are partnering with the City and County in this effort,” Aldridge said. “We would welcome more community engagement on behalf of residents and visitors alike.”

‘This would bring a neighborhood together’

Helen Gibson, chief of neighborhood services for the City of Pensacola, said it was established to battle blight. Until 2013, it generated no funds. It was reset in 2014.

“This is simply the first year in which we have some revenues generated,” Gibson said. “CRA activity is largely dependent on how much private investment you can generate. I don’t think you can use $25,000 to create a larger leveraged impact than you will with this. We could never get as much done for $25,000 as we could with the partnership here.

“You want to build to your strengths,” Gibson said. “Certainly Baptist is the strength of the westside district.”

At least two council members — Charles Bare and Sherri Myers — expressed concerns about using such a sizable chunk of the Westside TIF’s funds for one project.

“Definitely that area of the city needs improvement and help. So do other areas of the city,” Myers said. “There’s always the jostling of projects for funding.”

Myers said her search of records on the Escambia County Property Appraiser’s website shows that Baptist owns 58 pieces of property right around that area.

“Obviously, Baptist Health Care stands to benefit tremendously from our involvement in this project,” Myers said. “I have a really big concern about gentrification of that area of Pensacola.”

Myers and Bare were the only two no-votes on the issue.

Councilman Gerald Wingate expressed concern that “when this is finished, the majority of this will be within that two-block area. I’m not sure it will filter out they way you’ve shown it will on these slides, but I’m hoping it will.”

Cannada-Wynn said infrastructure needs noted in plans for the project are already exist in the neighborhood.

“This would bring a neighborhood together,” she said. “It also would provide some amenities for that area. If you had a little cafe. There’s already an existing essence of that’s what Baptist Hospital was doing anyway. This is not far-fetched, being able to build a partnership and move forward to determine how important it is to have those little shops.

“On the westside we have some of the highest health issues in our city and Baptist can help us address those.”

Councilman Brian Spencer said that the fact that Baptist owns so many properties in the area means “they have skin in the game.”

“Quality and access to health is a criteria upon which communities are judged,” Spencer said. “This is a district that has suffered decades of decline that could be one that can be brought back to economic prosperity.”

Councilman P.C. Wu said “the westside is in dire need of something like this. For us not to do this in my mind is almost criminal.”