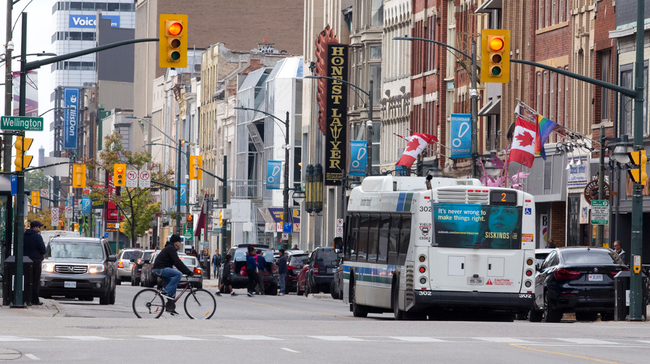 London needs to crack down on drug use and vagrants in the core, especially the Market Lane area, to make it more welcoming to the public, a consultant told politicians Monday night.

“The perception that shapes the downtown image is holding it back and that needs to change,” said Joseph Milos, project manager with Live Work Learn Play, a Toronto firm that helps cities rebuild their downtowns.

As he spoke to city council’s strategic priorities and policy committee about cleaning up Market Lane, media headlines of drug use and crime downtown were displayed.

Downtown London hired Live Work Learn Play to help plan the Dundas Place project that will turn a four-block stretch of the street into a vehicle-optional public space. The agency that represents downtown businesses agreed to pay the consulting firm $540,000 after council rejected its request for funding.

The firm recommends hiring an “urban co-ordinator” for the core to “manage transformative projects with a holistic view of the whole downtown,” Milos said.

An emotional Squire slammed the report’s notion of how to deal with drug use and vagrants in the core. The lawyer told the committee many of those people are his clients, and they need help and support and not to be treated like a blight. “I have to tell you, this is the most frustrating 15 minutes I’ve had since I have been on council,” he said.

The committee voted to refer to staff the recommendation to create a downtown consultant position.

It also directed city staff to address the issues in Market Lane, with a co-ordinated health-care approach.

Coun. Tanya Park, who represents downtown, put forward the motions. “We have seen success when two agencies share resources. It creates efficiencies . . . I want to see action on this,” she said.

Live Work Learn Play has worked four months on the report and will work another 14 months to help implement any changes.

The report, however, also called for action in areas where some councillors say work already is being done.

Live Work Learn Play also called for greater work from London Economic Development Corp. in supporting the downtown. But that agency has brought new business downtown and supported expansion of others.

“It seems to me a lot of these things, staff are already doing,” Coun. Maureen Cassidy said.