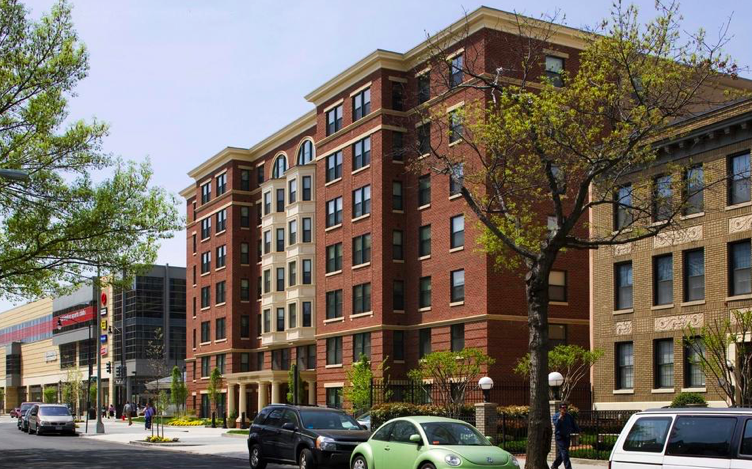 An approach to redevelopment called New Urbanism could heavily influence River District investment and efforts to revitalize downtown Rockford. The antithesis of sprawl, New Urbanism is a guiding principle of Live Work Learn Play LLP., the firm hired to create a plan to capitalize on the Rock River to breathe new life into the city center.

The antithesis of sprawl, New Urbanism is a guiding principle of Live Work Learn Play LLP, the planning and development firm hired by the Rock River Development Partnership to create an action plan to capitalize on the Rock River as an asset and to breathe new life into the city center.

New Urbanism in many ways is a return to the traditional, higher-density organization and feel of cities and towns, said Peter Provenzano, CEO of SupplyCore and chairman of the Rock River Development Partnership.

New Urbanism is an approach already being put to use to redevelop blighted areas around the country. How elements of the approach could be tapped to revitalize downtown Rockford is the subject of a strategy and action plan being developed by Live Work Learn Play.

What it needs is a plan of action, Reim said.

Reim said for three decades his planning and development firm has studied the great cities of the world to find the common elements that make them able to thrive in good times and weather economic downturns and war. Many of those principles are now a part of the New Urbanist approach, Reim said.

Revitalization will start with small, successful projects, Reim said. One small project after another will lead to successful development along the Rock River and renewed vigor in downtown Rockford, he argues.

Revitalizing downtown
The Rockford Local Development Corp. is a not-for-profit development company that specializes in small- and medium-sized business loans. It routinely finances business and redevelopment efforts already in the downtown.

And it contributed $10,000 toward the implementation plan being developed by Live Work Learn Play for the Rock River Development Partnership. The Rockford Housing Authority, the Greater Rockford Airport Authority Board and the Rockford Area Economic Development Council each chipped in $75,000.

Once a plan is in place, the RLDC is being counted on to create an investment fund to fuel revitalization.

Executive Director John Phelps said, for now, the focus is on creating an “executable” plan.

Once that is done, the investment fund could be established to provide gap funding for private developers willing to invest in the downtown and along the river.

Phelps said whatever the outcome, the plan must be realistic.

“We need a plan that is executable — where a project comes out of the plan,” Phelps said. “We need to demonstrate to the community that you can develop or redevelop the downtown.”

Sprawl antidote
As much as suburbia, Rockford has celebrated the automobile for decades.

Much of East State Street was built without a sidewalk. Retail districts have sprung up near the interstate that are connected to neighborhoods by roads designed almost exclusively for vehicles.

New Urbanism is a school of thought that shuns that kind of sprawl as unsustainable.
Instead, the movement calls for the restoration of urban centers, “the reconfiguration of sprawling suburbs into communities of real neighborhoods” and the preservation of natural lands.

Congress for the New Urbanism based in Chicago says “New Urbanism is repairing the damage done to our cities through environmental degradation, misguided infrastructure projects and designs that isolated the poor.”

The organization promotes investment in city centers as a way to combat sprawl that has separated people by race and income, deteriorated the environment and eroded a sense of distinctive place, said John Peter Barie, chairman of the Congress’ Illinois Chapter.

“To do the simplest things in life, go to the dry cleaner or the grocery store, you get in a car and on the road,” Barie said. “We think that is destructive to society as a whole.”

Seeds already planted
New Urbanism is governed by the principle that neighborhoods should be a mix of residential, business and offices. Ideally they are compact, pedestrian and bicycle friendly, and accommodate vehicles and mass transit.

It has influenced how Rockford rebuilds even large streets like the reconstructed part of Harrison Avenue, which features a multiuse path, landscaping and accommodates automobile traffic; the removal of the pedestrian mall and restoration of Main Street downtown featuring a pedestrian friendly sidewalk, space for cafe style seating and on-street parking; and plans for the West State Street corridor project that would not only improve the roadway but also provide green space and pedestrian amenities.

“We are really trying to create a more walkable, connected city,” Zuroske said. “Every project we do, in many respects, is assisted through a planning philosophy grounded in those principles.”

Mayor: Approach sustainable
Mayor Larry Morrissey said that when the big picture of energy, municipal services and infrastructure are examined, a more dense urban landscape is more affordable and conserves the city’s limited resources even if aging infrastructure must be updated.

Morrissey argues the aging infrastructure downtown eventually must be addressed whether it is redeveloped or not. As the nation emerges from a recession, energy prices are sure to rise.

And sprawl only increases the cost of maintenance, police and fire protection and road construction.

“If you look at a map of Rockford, the highly condensed areas are easy to serve in many respects by locating fire stations and police there, you can cover a lot more people in a shorter time,” Morrissey said. “Crime, poverty and poor infrastructure are challenges in those condensed areas and that’s a whole other set of problems, but all things being equal New Urbanism is less expensive than sprawl.”