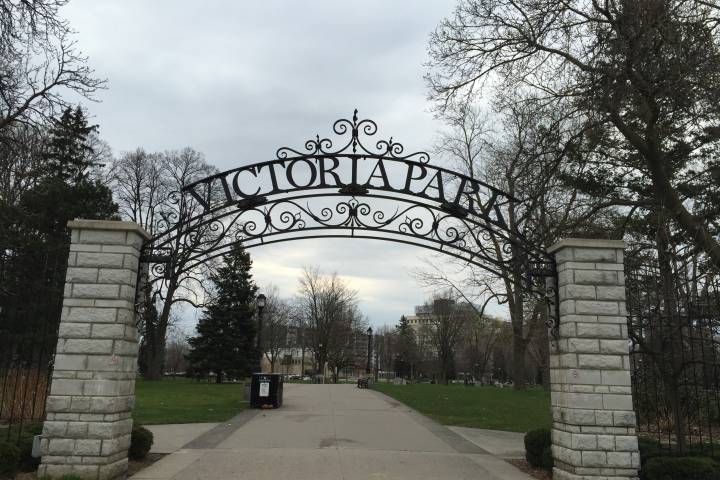 A Toronto consulting firm hired to make recommendations for growth improvements in London is looking for more city-wide engagement.

Joseph Milos, senior project manager of the firm, said Londoners need to get involved in potential changes in the downtown.

“We want to be able to author a vision for the ground floor,” he said, of London’s core that city hall invested $119,000 into. “(We want to) author a vision for how Londoners want their downtown to feel … and feed that into how we look to bring tenants downtown, how we prospect for new uses and how we try to make larger deals happen.”

The presentation at the Central Library focused on capitalizing on downtown vacancies through investments into the tech sector, with the goal of providing jobs for up to 9,000 people.

The study pitched improvements to the new Dundas Place flex street project, pointing toward up to 10,000 existing public parking sites in the core for visitors.

The study delved into London’s drug-use problem with a push for a city-focused solution.

“People don’t want to be homeless (and) they don’t want to be addicted to drugs. We need to always have that caring, social outlook,” said Milos. “London has a meth problem that is not the same as Vancouver’s heroin problem. It’s a different drug and a different user and it requires different solutions.”

City hall was also put on the hot seat in the midst of a heated debate regarding the city’s proposed $560-million bus rapid transit plan.

“Set those plans for how we manage construction,” said Milos, who encouraged city hall to focus on mitigating the impact of bus rapid transit construction, as it may affect downtown business. “How (can) we make it so that business continues to operate and hopefully thrive even if there is construction happening at their front door.”

Milos emphasized that through increased traffic in the city’s downtown core, London could be the beating heart of southwestern Ontario.