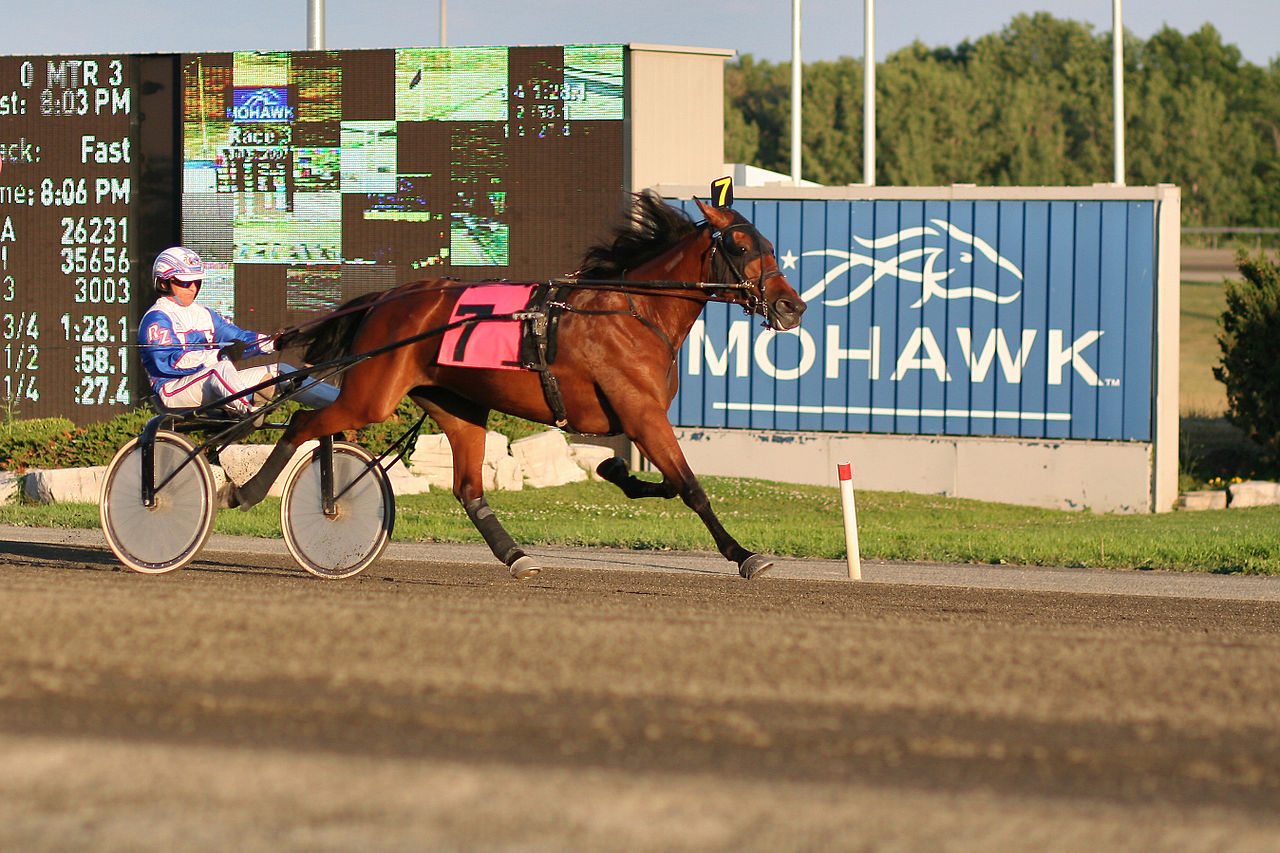 Posted at 14:25h in main, Uncategorized by Richard Martz

On Tuesday, June 13, at the post position draw for the 34th edition of the Pepsi North America Cup, the Woodbine Entertainment Group announced an investment of over $10 million for Mohawk Racetrack.

The venture is intended to upgrade the facility so to be exclusively dedicated to Standardbred horse racing and capable of offering the sport year round. Currently, Mohawk operates from April to October.

The investments will be phased in over the coming years and will include extensive renovations to winterize the facilities for fans and horsepeople.

“The future is very bright for Standardbred racing and entertainment on this site,” said Jim Lawson, CEO for Woodbine Entertainment. “With the long term gaming lease in place and with the Ontario Lottery and Gaming (OLG) expected to name a new gaming service provider soon, it’s a very exciting time to be a racing fan and be involved in the sport. Standardbred horsepeople are a significant part of the fabric of this community and will soon be able to race 12 months of the year here.”

Construction will begin in the fall of 2017 and is scheduled to be completed by spring 2018. Once concluded, Standardbred horses will compete exclusively in Milton after racing at Woodbine for the final time through the 2017-18 winter months.

The upgrades include winterization of the grandstand, race paddock and maintenance facilities, new glass windows across the Terrace Dining Room, VIP suites and further customer amenities. Investment in the Milton track is not limited to the construction projects and plant upgrades.

Woodbine Entertainment also unveiled new corporate branding today including a new look and new name. The company will be unifying its racetracks under one brand, Woodbine. Two breeds, one brand. The new branding will be rolled out across all Woodbine Entertainment properties, beginning with the racetrack sites, throughout 2017 and 2018. The Woodbine track will retain its name while Mohawk will become Woodbine at Mohawk Park, set to be implemented when harness racing returns to the site full time in May 2018.

“We look forward to welcoming fans to Woodbine at Mohawk Park for world-class harness racing and to experience the new entertainment uses that will become part of the many offerings at Mohawk Park,” Lawson said. “The fan experience is outstanding, with great sightlines and fan proximity to the racing action, but this investment will take it to an entirely new level.”

The property will continue to contribute positively as an entertainment destination within the surrounding Milton community, while looking to expand and diversify its offerings. As such, Woodbine will be looking at other opportunities on the site to incorporate a mix of uses, complementary to horseracing and entertainment, on the idle lands. LiveWorkLearnPlay (LWLP), Woodbine’s lead real estate development partner, has completed a first phase Highest and Best Use Study, which set the vision, programming and development direction for the property. Woodbine will be working with SWA Group, a leading landscape architecture, planning and urban design firm that has been engaged to create the master plan to guide the long-term vision for the site’s overall development across its 440 acres. SWA previously collaborated with Woodbine Entertainment on the recently completed master plan for the redevelopment of Woodbine Racetrack.

“We are committed to creating an environment that attracts top Standardbred equine athletes and community members from Milton and the surrounding areas,” said Lawson. “Woodbine Entertainment will continue to lead the way working toward sustainability for horse racing in the region for generations to come.”