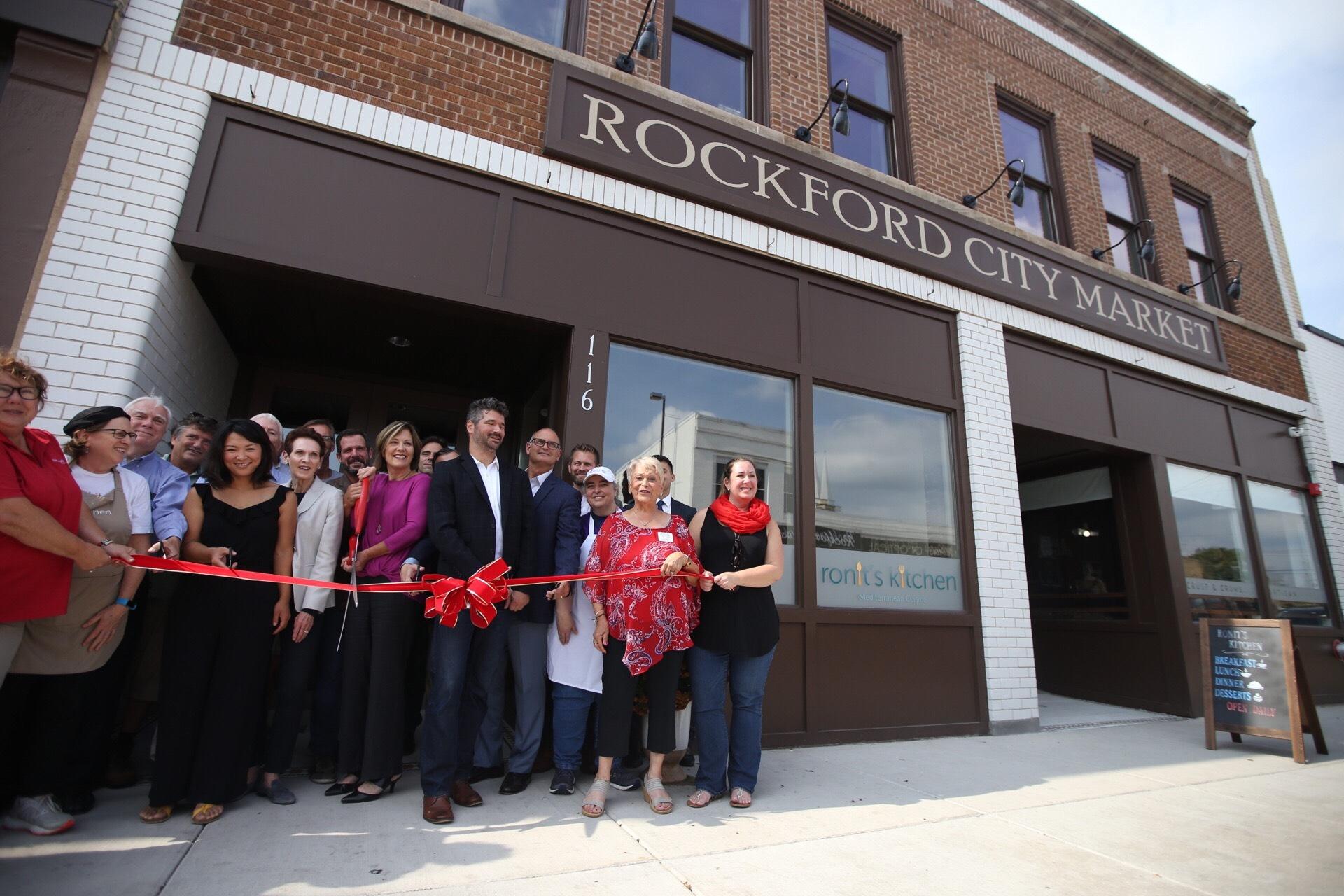 Posted at 07:10h in main, new, Uncategorized by Andréane Buote

ROCKFORD — Dozens gathered downtown Friday to celebrate the culmination of a dream.

A ribbon-cutting ceremony was held to mark the official opening of the indoor Rockford City Market, 116 N. Madison St., designed to complement the popular outdoor market which is wrapping up its 10th season.

The indoor venue includes a food hall open five days a week with three tenants, an incubator kitchen available for lease for entrepreneurs and small business, and two rooms available for public and private gatherings.

“We have to make our downtown a great neighborhood — a great place to live, work, learn and play,” said Peter Provenzano, chairman of Rock River Development Partnership, which manages City Market. “We have to bring that infill approach to other parts of our community in an incremental way as well.”

Construction on the $8.2 million indoor market began in March 2018.

Rockford is contributing $2.4 million over 20 years from the city’s redevelopment fund, a 1% tax on hotel stays, tavern tabs and restaurant checks. The city also is providing a $100,000 annual subsidy for the indoor market for three years. That money also will come from the redevelopment fund. The remainder of the project is being paid for through a variety of loans and tax credits.

“These kinds of places are where we grow our social capital, where we get to know one another,” Provenzano said. “It’s where spontaneous interactions occur between individuals that may start a business together in the future or where old friends reconnect.”

All three businesses started at the weekly outdoor market.

“I’m hoping to do a lot more business and this is totally new to me,” Ronit’s Kitchen owner Ronit Golan said. “Sometimes it’s overwhelming and sometimes it’s great. I love the location.”

The indoor market is housed in 24,000 square feet of renovated space on three levels.

“We’re going to have fall and winter markets twice a month on Fridays,” RRDP Executive Director Cathy McDermott said. “We’re going to have pop-up markets, which are once-a-month themed around certain activities. We have swing dance lessons, trivia nights and movies.”

The concept of an indoor market in downtown Rockford seemed like a pipe dream when the fledgling outdoor market was launched nearly a decade ago, McDermott said.

“Ten years ago, we were putting up tents, tables and chairs hoping that people would show up,” she said. “To go from that to this point 10 years later is nothing that any of us ever expected.”