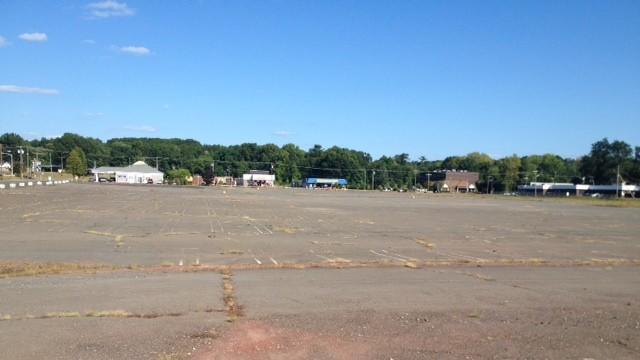 MANCHESTER — A development team hired to study marketing prospects for the town-owned side of the Manchester Parkade presented three options Tuesday night for reviving the site.

The options are all viable and sustainable developments that would connect the site to the town’s natural and historic assets, Max Reim of LiveWorkLearnPlay told an audience in the auditorium at Manchester Memorial Hospital.

The Manchester Redevelopment Agency contracted with Montreal-based LiveWorkLearnPlay for a study on feasible, long-term uses for the 18-acre site off Broad Street.

One option is an educational/medical campus district. Under that plan, “Manchester will become home to a world-class education and medical campus creating a new economy, jobs and catalyzing additional development,” according to the LWLP presentation.

Spending on health care and educational institutions is growing across the nation, and in the Greater Hartford area, post-secondary schools and health-and-wellness facilities are attracting significant state investment, according to the company.

The second option is a “new urbanist residential eco-village,” described by the LWLP development team as an “intimate, lifestyle-oriented development.” Such developments are compact and walkable and near shops, schools, restaurants and other destinations. The village, according to LWLP, would feature modest-sized, energy efficient homes.

The village would have a strong connection to Center Springs Park, which Reim called a “world class” park and a key to any sustainable development on the site. In fact, Reim said, complementary connections between the Parkade site, the park, downtown and other areas of town are vital to the long-term success of any development.

The final option is a hybrid, mixing the eco-village and the campus district.

Redevelopment agency member Michael Farina said he was “disappointed” by the campus concept, calling the idea “far-fetched.” Agency member Lou Spadaccini also said he was surprised by the idea. With all the hospital mergers that have been going on, Spadaccini said, he understood there was not much opportunity for expansion in the medical field.

Reim responded that LWLP has talked with leaders and investors in the health care field and that they are “very interested” in the Manchester site’s potential.

As for the possibility of a regional sports complex on the site, an idea that board of directors members had pursued, Reim said the site is not big enough or near enough to a highway.

He said construction could begin on the site in late 2016, once a plan is chosen, but there is much to do before then, including gathering more input from residents, town leaders, adjacent landowners and other stakeholders.

Mayor Jay Moran reminded audience members that “these are just options,” but he asked people to keep a positive outlook and to stay excited about reviving the Parkade site.