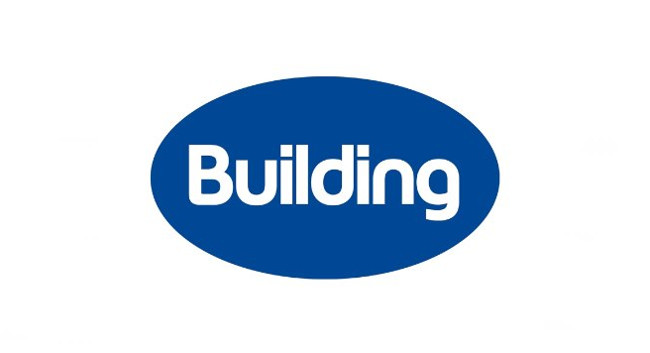 Despite all the economic evidence that suggests major new sports facilities are a bad financial investment, cities in Canada are still building them. To figure out how important large-scale sports facilities can – or cannot – be to city building, Peter Sobchak, editor of Building, got on the horn with Max Reim, co-managing partner and founding principal of LiveWorkLearnPlay, an international urban development and advisory firm that has extensive experience in planning and implementation large-scale, mixed-use urban real estate developments. Over the past 25 years, Max has either led or provided lead advice on development, financing, programming, planning, leasing, operations and acquisitions, and the management of over $5 billion dollars of assets.

Max Reim: We are seeing a proliferation of new sports and entertainment complexes that are being built within CBDs of cities. We’ve also seen over the last 30 to 50 years major mistakes, and major lessons learned across the Western world on how to approach these projects that can be either major successes or disasters. Over the past 15 years alone there has been over $14 billion in public and private investment into arenas and stadiums just in the U.S., and there seems to be no letdown in either Canada or the U.S. But doing it right, with an intelligent and overall holistic approach is one of the differentiators between creating an enduring success or long-lasting disaster.

Peter Sobchak: Simply put, when it comes to advising cities on downtown plans that may or may not include a sports facility, what do you believe should be foremost in their minds? What needs to be done to make sure they have lasting value to a city or metropolitan area?

MR: There are many examples (mostly in the U.S. but in Canada too) of sports facilities that have been woven into a waterfront or industrial area or CBD and transformed them. If done right, these sports and entertainment districts – especially when it comes to large-scale, heavily populated cities – have been located on the edge of a downtown periphery. They are still part of the CBD, but on the periphery, usually on abandoned or cheap land, such as industrial or rail lines (such as Denver’s LoDo area, or L.A.’s Staples district) that are easily accessible by transit and normal modes of transport. However, many of the stadiums that were built on the “outboard” areas – far from CBD – have become disasters (Montréal’s Big ‘O’, Ottawa’s ScotiaBank Place). Unfortunately there are more examples of this mistake than others that were done right.

PS: Many cities that embark on a major sports venue project are doing it for the same reasons: to capitalize on the qualitative benefits associated with them. But the ones for which the project became a failure, what did they do wrong?

MR: The very first thing is to ask the right questions from the very beginning, which many cities do not do. For example, is this the best way to spend public money, or is this just corporate welfare, investing into already rich owners? Is this really investing in the city and desired outcomes? Do sports districts contribute to the economy, and how do we quantify, measure and communicate those results? How will we ensure – i.e. through process – that these monies are being spent well? These are the questions that need to be answered first. Once you answer those questions you can set the framework for the correct approach.

PS: You mention in your “must-haves” that it is important to have other things that keep people around after an event in a sports facility. Why is that?

MR: Keeping people around after the event often leads to “warm bed” economies, i.e. hotels, who want to tap into that captive audience. This then leads to convention centre development, and other ways the city can leverage the presence of attendees. All served by parking and attached to multi-modal transportation. Ideally, this first phase of development will lead to a second phase that includes office, some residential, even education or health care developments, all within the district.

PS: What do you think about cities that go on a fishing trip with municipal funding and build a facility in order to attract a major league team? Does it make any sense for a city to build a $200 million facility, like an arena – I’m looking at you, Québec City and Markham – even if they don’t have an NHL team? Or is this just what has to happen to get a project going?

MR: I think a city should have an iron-clad agreement with a major league team in advance of a plan before they spend any public funds. Like any prudent real estate company who has always pre-leased an agreement long in advance (and for many years to come) to anchor their development, Québec City should already have finalized all agreements, programming and business plans for their arena in advance before investing a dime of public funds.

PS: When we’re talking about sports facilities in this context, should we separate stadiums from arenas? They are two different structures with two different revenue generation potentials. I mean, in Canada, how much profitable programming can be put in an open air stadium when it’s not a football or soccer game, versus an enclosed arena? I find stadium building to be a very questionable investment for a city.

MR: In the big picture, the outcome on a city is less dependent on the typology of the concept – arena or stadium – and much more on other aspects, such as location. That said, we are a country of small- to mid-sized cities in terms of populations and economic engines. Other than the obvious ones (Toronto, Vancouver, Montréal), most don’t have the engines to drive outdoor stadiums. There are no examples in Canada of an open air stadium earning more revenue than closed arenas. But there are examples of facilities that combine their uses  to a much more successful business model — think university and professional, such as the Alouettes moving from the Big ‘O’ to McGill University. If the city doesn’t have the necessary programming, is there a university or college that could benefit from it? Building new outdoor stadiums of any significant size should not be a first step for any city. Look for private investment, for example the Montréal Impact MLS stadium, which was built with private money from the Saputo family.

PS: I’m fascinated by cities deciding to invest in building major league sports venues, since most of the economic data shows how time and again, they do not make their money back. Why do they do it?

MR: If you only measure economic ROI success from the facility alone, then it is always a losing condition. But if you look at – and can measure – the entire economic and social impacts from a broader development perspective, then sports facilities can very much be part of a successful catalyst plan. Take the Bell Centre in Montréal: at first poo pooed, mostly because of the sweetheart deal the Gillett family got, but now it is one of the most programmed arenas in North America, which is leading to major new developments, such as Tour des Canadiens (the anchor in Cadillac Fairview’s multi-phased, multi-year development plan), and others, and probably more development per acre than any other downtown Montréal district.