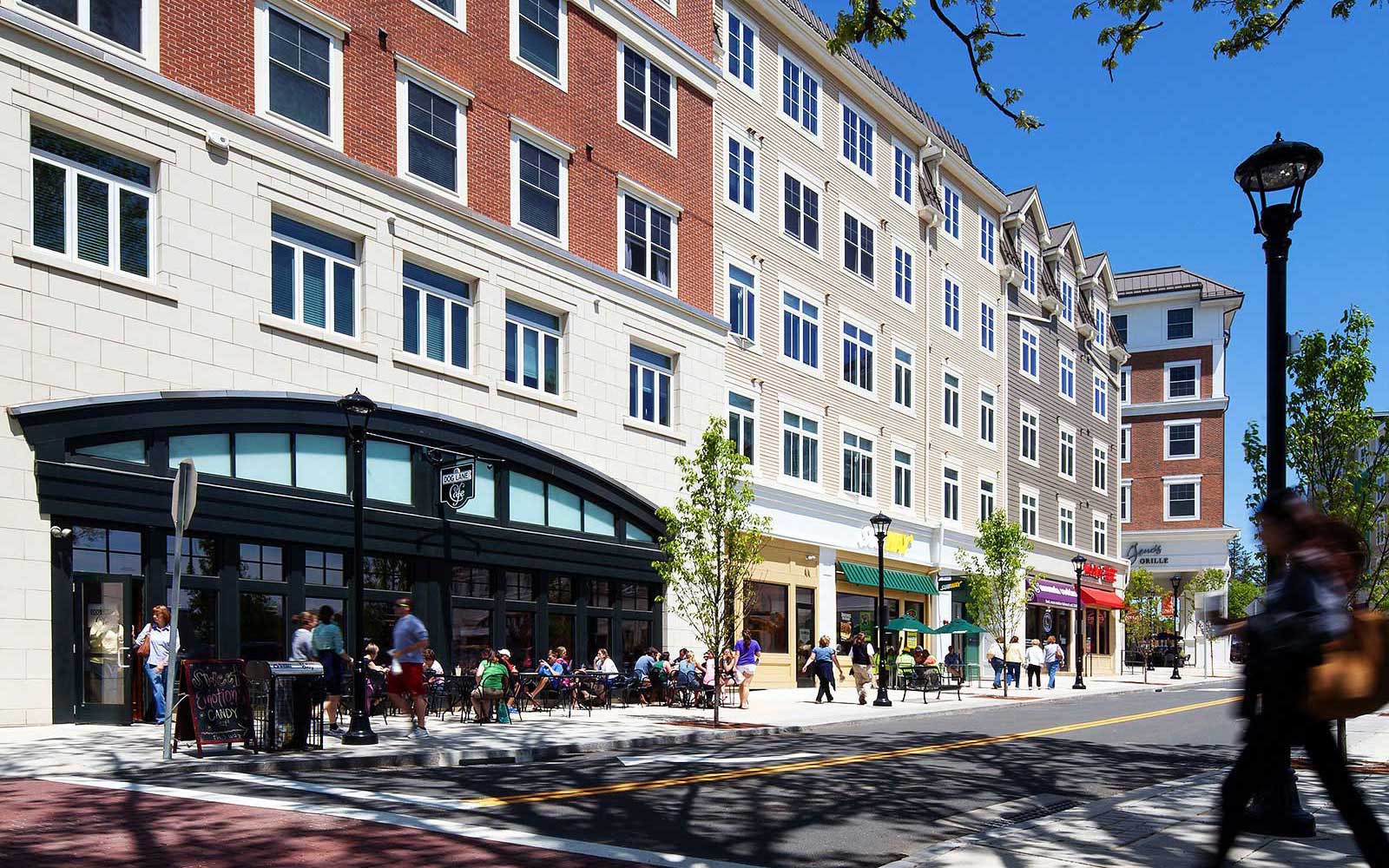 November 11, 2004 Streetscape Would Give College-town Feel To Uconn

Posted at 12:44h in main, new, Uncategorized by Richard Martz

STORRS — Developers of the proposed “downtown Storrs” project near the University of Connecticut presented plans Wednesday showing a tree-lined streetscape with pedestrians passing by cafes and stores. Mixed throughout are apartments and townhouses.

The developers said they plan to call the commercial, entertainment and housing district Storrs Center, situated across from the main campus. UConn officials hope the project will finally give students a better “college town” atmosphere and residents of Mansfield the town green they have long wanted.

Steve J. Maun, president of LeylandAlliance of Tuxedo, N.Y., the company heading the development team, has called Storrs Center a place “where the University of Connecticut and the town of Mansfield will meet and shake hands.”

The university has formed a partnership with the town to create the town center. The Mansfield Downtown Partnership picked New Haven architect Herbert S. Newman and a team of architects, engineers, lawyers and marketing experts headed by LeylandAlliance to work on the project.

Newman is also working with the well-known architect Frank Gehry to design the university’s new School of Fine Arts building, and said the pedestrian village and Gehry’s building would become the gateway into the university.

Details released Wednesday show the downtown area, across from E. O. Smith High School and the School of Fine Arts building on Route 195, or Storrs Road, would occupy about 15 acres of a 45-acre site. Much of the 45 acres would be conserved wetlands and open space, officials said.

“Our hope eventually is that Storrs Road will become the Main Street of Mansfield,” said Richard Munday of Herbert S. Newman and Partners.

No retail tenants have been secured for the commercial spaces yet, but the developers feel strongly about the kinds of businesses they want.

“We are very favorable to giving the local businesses what amounts to the first crack at it,” said Max Reim of the retail consulting company The Village People. “The hands-on, mom-and-pop operator is what we’re looking for.”

The stores will consist of both stand-alone properties and storefronts on the first and possibly second floors of mixed-use buildings. However, there will be a quiet zone at the eastern end of the property dedicated to townhouses, developers said.

“Every time you walk about 50 to 75 feet, you’re going to feel like you’re walking into a new neighborhood,” Reim said.

Maun said the housing, which will include apartments, townhouses and condominiums, will allow for people of different economic backgrounds to live in the area.

“By design, each of these buildings will have different price ranges and age ranges,” he said. “This is a model for growth. If you want to make a great Main Street, you have to place feet on the street. … You must attract people and give them a reason to live downtown.”