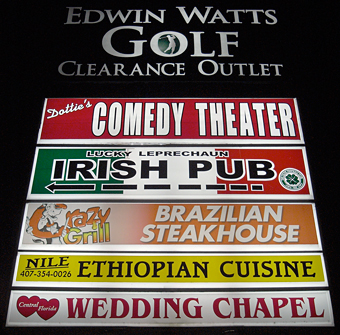 Posted at 11:55h in main, new, Uncategorized by Richard Martz

Is the mall dead? And if so, is it permanently dead? That question hung in the air on the last day of the annual Congress for the New Urbanism. “We have too much retail,” said Francis Scire, a senior leasing executive at Simon Property Group, the nation’s largest mall owner. “I think the mall’s sick, and hopefully on the way to recovery with some adaptation.”

A similar event taking place in Las Vegas a day later–the semi-annual meeting of
the International Council of Shopping Centers, the world’s largest gathering of mall developers–offered a far healthier outlook. The number of malls in this country actually grew last year, to 104,990 shopping centers with 7.2 billion square feet of retail space, according to a study released this week by ICSC. Malls comprise nearly half of all retail, and retail, in turn, is the largest segment ($2.98 trillion) of a commercial real estate market in the process of melting down. “Prospects for the retail real estate industry appear to be improving, and the sector, in time, will likely regain its investment luster,” ICSC’s chief economist has concluded.

So, malls aren’t dying, they are undead.

There’s just one problem: The $3.4 trillion in commercial debt currently outstanding in the U.S. By 2014, $1.4 trillion of that will reach maturity, and as much as half is owed to small banks which are decidedly not too big to fail. In February, the Congressional Oversight Panel concluded that a “significant wave of commercial mortgage defaults would trigger economic damage that could the touch the lives of nearly every American.”

In the absence of any real solution to this impending crisis, urban malls have been reanimated as the safest of all possible venues. But retailers are abandoning exurbia for power centers closer to urban cores, in a flight to foot traffic. Retailers “want to go into the inner cities, where they can count the rooftops,” says Robert Gibbs, president of Gibbs planning group. There they can battle with the mom-and-pops who are left.

Why aren’t national tenants investing in mixed-use projects or lifestyle centers like they used to? Because they’re unwilling to take the risks they were comfortable with during the boom, including this whole “New Urbanism” thing. Now they want to be near anchor stores, major traffic arteries, and reassuring national tenants like themselves, according to Terry Shook, principal of Shook Kelley Architects.

What are mixed-used developers to do? Incorporate more urban fabric into the projects–hospitals and libraries (or farms) instead of retail, advised Rob Spanier, of the planning firm Live Work Learn Play. National chains can kill you anyway should they decide to pull the plug on your store. “When you have a vacant Walmart, it isn’t a black tooth, it’s a black hole,” Spanier said. “If that tenant goes dark, everyone else has the right to close.”

One thing is clear: it’s going to get a lot worse before it gets better. As James Howard Kunstler reported after the congress:

“I heard a lot of stories during the meeting in Atlanta last week but one really stood out. It was about the money and revealed a lot about what is going on in our banking system these days. A New Urbanist developer had gotten a small project going for a traditional neighborhood. Despite the global financial clusterfuck, the developer was able to meet the payments of his commercial loan. But the FDIC sent bank examiners around America and they told the small regional banks that if they had more than twenty percent of their loans in commercial real estate (CRE) they would be put out of business. The banks were ordered to reduce their loads of CRE by calling in the loans and liquidating the assets. Ironically, the banks only called in their “performing” loans, the ones that were being regularly paid off, because they were ignoring and even concealing the ones that weren’t being paid.

The developer in question had his loan called in when the FDIC descended on his bank. He couldn’t pay off the $3 million in one lump, of course. The FDIC’s agents are going to seize and sell off his project if he can’t get it refinanced in short order. He can’t get it refinanced because there is now such a shortage of capital in the banking system that no one can get a loan for anything. Also, since it is now well-known that the bank failed, the vultures are circling above his project hoping to buy it for a discount, so even the few private investors who have money won’t throw him a lifeline. By the way, the FDIC agents told him they are doing this because they now expect that virtually all commercial real estate loans in the USA will fail in the months ahead. Pretty scary story, huh? And he was one of the good guys.”